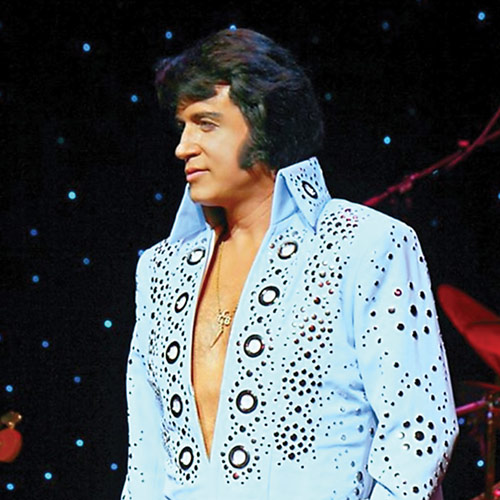 Doug Church has awed his audiences for years. Church’s voice has been acknowledged by fellow Elvis Tributes as being the closest to “The King’s”.  He joined the famous Las Vegas Tribute Show “Legends in Concert” and worked with them for 7 years as “The King, performing in The Bahamas, Puerto Rico, Jamaica, The Virgin Islands, Aruba, Bangkok, Hong Kong, Moscow, the U.S and Canada. Church has also performed in Denmark, Sweden, Finland, England, Germany, Spain, Chile, and Ireland as well. Doug is known worldwide as “The TRUE Voice of Elvis” by his fans, and other Elvis Tribute Artists as well.