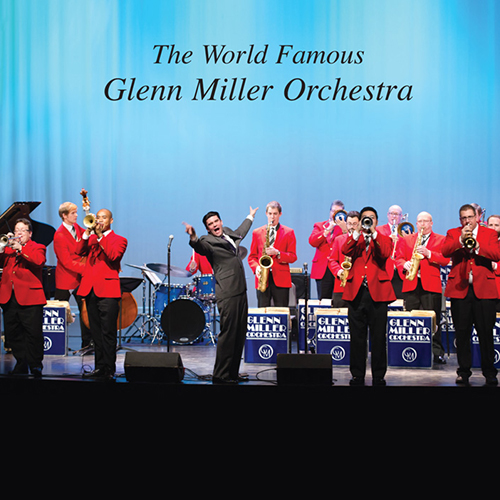 Glenn Miller’s fantastic career was cut short when his plane disappeared on December 15, 1944, after a departure from the United Kingdom to Paris. He made such an impact on the world that his incredible music and arrangements live on today. The Miller Estate formed the present Glenn Miller Orchestra in 1956 following strong popular demand resulting from the motion picture – The Glenn Miller Story. The band has been touring consistently since, playing an average of 300 live dates a year to millions of fans around the globe. Today, the impeccable Glenn Miller Orchestra is led by Nick Hilsher.