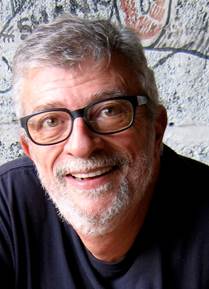 Have a valentine that loves to cook? The Marketplace at Gervasi Vineyard will be hosting a Cookbook Signing with special guest, New York pastry chef and award-winning cookbook author, Nick Malgieri, on Saturday, February 14, from 2PM to 4PM. Sample some of his delicious pastries and purchase one of Nick’s fantastic cookbooks, Pastry: Foolproof Recipes for the Home Cook orBake! Essential Techniques for Perfect Baking, which he’ll sign for you. Or, better yet, get one for yourself and one for your favorite valentine – a perfect gift for any home baker!

Nick Malgieri’s Pastry provides recipes for all types of doughs and step-by-step photos about how to prepare them, roll them, shape them, and bake them. If you have ever had a bad case of “fear of pastry” or “fear of rolling,” just follow the simple instructions here you’ll be able to tackle any pastry project you like. Starting off with a quick tutorial on ingredients and equipment, we then delve into sweet tarts and tartlets; sweet pies, cobblers and crisps; savory pies and tarts; strudels; brioche; and puff pastries, including those with cream. With over 125 recipes, including a tutorial on Turkish pastries and Viennese strudels, Malgieri’s Pastry is the new definitive pastry bible.

Malgieri, former Executive Pastry Chef at Windows on the World, is a 1996 inductee into Who’s Who of Food and Beverage in America. He is also the author of The Modern Baker (DK Publishing, 2008), which was nominated for an IACP award; CHOCOLATE (HarperCollins, 1998), winner of an IACP/Julia Child Cookbook Award for best baking book of 1998, voted Best Chocolate Book in the World by the 1998 Salon International du Livre Gourmand, and included in Food & Wine magazine’s Best of the Best for 1998; and HOW TO BAKE (HarperCollins, 1995), the recipient of a James Beard Foundation cookbook award for best baking book of 1995.

Malgieri has appeared on local television throughout the United States, as well as on all the national morning shows. Other television credits include Chef du Jour, Cook’s Choice, Bakers Dozen, Cooking Live, and Sara’s Secrets on the Food Network and appearances with Julia Child on Baking with Julia, as well as with Martha Stewart. He also appeared with Vincent Schiavelli in the PBS series The Chefs of Cucina Amore.

A Certified Culinary Professional and member of the International Association of Culinary Professionals, Malgieri has served as chairman of its certification committee. He has been a member of the Board of Trustees of the IACP culinary trust. A founder and member of Bakers Dozen East, he also holds membership in the Federazione Italiana dei Cuochi, the Amicale Culinaire de Monaco, and the Société Culinaire Philanthropique de New York. In 2003 he was made a Chevalier de l’Ordre de la Channe du Valais for his efforts in promoting Swiss gastronomy and culture in the United States, and in March 2006 he received the Philadelphia Toque Award for exceptional achievement in culinary writing and accomplishments.